Home » Blog » Why SaaS is bucking the venture slowdown

Why SaaS is bucking the venture slowdown 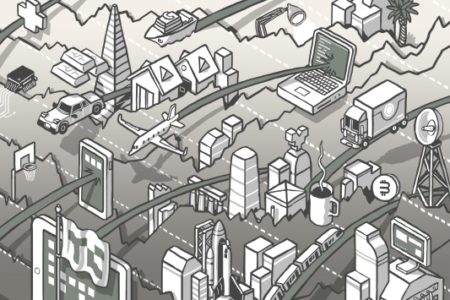 As the global startup market digests a changing valuation environment
and climate for venture investment, not every sector is taking the
same amount of damage. One is indeed faring better than the rest.

It’s not the flashiest sector in startup land. Instead, it’s the
tried-and-true software-as-a-service (SaaS) category that appears to
be in the best shape to fend off a slowdown in private-market
investment.

That SaaS startups are still managing to collect material venture
capital totals in contrast to other sectors or business types may
surprise you. After all, this column has covered the Q3 2021 SaaS
valuation plateau and the late-2021 SaaS selloff all the way through
the endless warning signs from the category to kick-off 2022. This is
the collection of startups that investors are still perhaps most
comfortable backing?

Yep. But it makes some sense, as we’ll explore shortly. Before we get
into the numbers, note that it was just over a week ago that The
Exchange asked if the SaaS selloff is over, so there’s some indication
that we could be reaching a local minimum when it comes to SaaS
valuations.

That could keep the SaaS-is-fine trend afoot for some time, we reckon.
Regardless, why are SaaS companies perhaps performing better than
other cohorts? Their boringness is now a strength; their
predictability is now an asset. And with SaaS valuations perhaps
finding their trough, why wouldn’t investors still sit on dry powder
turn toward startups pursuing a model that generated a huge portion of
technology wealth in the last decade?

As we reported yesterday, SaaS has resisted the slowdown better than
we’d have expected when it comes to venture capital raised.

The decline is even less pronounced for seed-stage SaaS deal-making,
which “only” fell by 18% quarter on quarter. Seed deal volume for
biotech was down 72% over the same period, which shows that SaaS is
comparatively resisting the slowdown quite well, in a segment that is
typically quite revealing of things to come.

The data is even more telling if you take into account that there were
only 68 SaaS seed rounds on Carta last quarter, down from 149 in Q4
2021. In other words, there was only a slight dip in dollar volume
despite a much lower number of deals — hinting at valuations that were
more than holding up at that stage.

However, it is in later stages that we’d expect to see the faster
impact of public markets woes. Are early-stage SaaS startups simply
enjoying a grace period before the correction trickles down? Maybe.
But data from Silicon Valley Bank suggests that their late-stage peers
may also be spared the worst of the changing market’s damage.