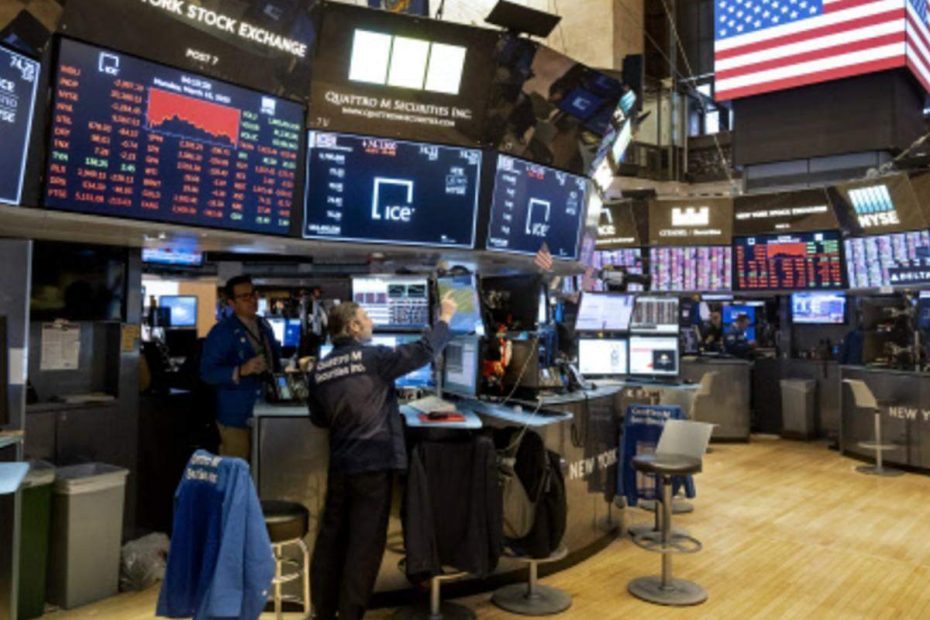 Wall Street surged on Wednesday, putting the Nasdaq more than 20%
above its June low after U.S. inflation slowed more than expected in
July and raised hopes the Federal Reserve will become less aggressive
on interest rate hikes.

A sharp drop in the cost of gasoline helped the U.S. Consumer Price
Index stay flat last month after advancing 1.3% in June, the Labor
Department said. The CPI rose by a less-than-expected 8.5% over the
past 12 months after a 9.1% rise in June.

The rally came in the wake of the first notable sign of relief for
Americans who have watched inflation steadily climb. The Nasdaq now is
up 20.8% since bottoming but still needs to pass its prior peak in
November to confirm a new bull market.

Fed funds futures traders are now pricing in only a 43.5% chance that
the U.S. central bank hikes rates by 75 basis points when it meets in
September, compared with 68% before the data. A 50 basis point hike is
seen as a 56.5% probability. read more

“For the market, it’s sort of a Goldilocks scenario right now because
you have the labor market holding up and inflation potentially
starting to come down. That is what a soft landing would look like,”
said Shawn Snyder, head of the investment strategy at Citi U.S. Wealth
Management in New York.

But one month of slowing inflation is not enough for the Fed to send
an all-clear signal, Snyder said.

It was the biggest single-day gain for both the Nasdaq and S&P 500 in
two weeks, and for the Dow in three weeks. It was the highest close
for the S&P 500 since early May.

“(Inflation at) 8.5% is still very high, but there is optimism that
perhaps June was the peak,” said Randy Frederick, vice president of
trading and derivatives for Charles Schwab.

Producer prices data for July on Thursday along with August inflation
and employment data for release next month could alter the course of
the Fed again, Frederick said.

The Fed has hiked its policy rate by 225 basis points since March
despite fears the sharp rise in borrowing costs could tip the U.S.
economy into a recession.

The slowing of inflation was the first “positive” reading on price
pressures since the Fed began tightening policy, Chicago Fed President
Charles Evans said, even as he signaled he believes the Fed has plenty
more work to do.

After a rough start to the year, the benchmark S&P 500 is up nearly
15% from mid-June lows, largely on expectations the Fed will be less
hawkish than anticipated in its efforts to provide a soft landing for
the economy as it fights to curb inflation.

But the S&P 500 is 12% below its all-time high in January, having been
in a bear market since then.

The CBOE Volatility index (.VIX), Wall Street’s fear gauge, fell below
the 20.00 level to close at more than a four-month low.

High-growth and megacap technology stocks, whose valuations are
vulnerable to rising bond yields, rose as Treasury yields fell sharply
across the board. Apple Inc (AAPL.O), Alphabet Inc (GOOGL.O),
Amazon.com Inc (AMZN.O) and Microsoft Corp (MSFT.O) all rose more than
2% each.

“Banks have underperformed and are now getting bid,” said Thomas
Hayes, managing member of Great Hill Capital LLC, adding that
investors are chasing the laggards that have not participated in the
rally since June lows.

Tesla Inc (TSLA.O) rose 3.9% after Elon Musk sold $6.9 billion worth
of shares in the electric vehicle maker to finance a potential deal
for Twitter Inc (TWTR.N) if he loses a legal battle with the social
media platform. Twitter gained 3.7%.

Meta Platforms Inc (META.O) jumped 5.8% after the Facebook parent said
on Tuesday it had raised $10 billion in its first-ever bond offering.

Volume on U.S. exchanges was 11.33 billion shares, compared with the
10.98 billion average for the full session over the past 20 trading
days.

Advancing issues outnumbered declining ones on the NYSE by a 5.69-to-1
ratio; on Nasdaq, a 3.34-to-1 ratio favored advancers.