Home » Blog » US Business Activity Contracts Again, Weakest Since May 2020

US Business Activity Contracts Again, Weakest Since May 2020 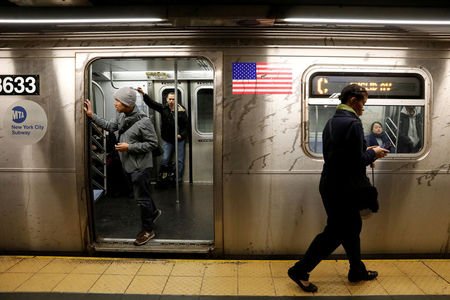 US business activity contracted for a second straight month in August, reflecting softer demand at both manufacturers and service providers and adding to concerns about the health of the overall economy.

The S&P Global flash composite purchasing managers output index slid 2.7 points to 45, the weakest reading since May 2020, the group reported Tuesday. Excluding the pullback in the early months of the pandemic, the August figure is the weakest print in data back to 2009. Readings below 50 indicate contraction.

The new orders gauge contracted for the second time in three months amid weaker demand from both manufacturers and service providers. That softening also prompted employers to scale back their hiring efforts, according to the report.

The manufacturing PMI slipped to an over two-year low, though continued to signal growth, while service-sector business activity contracted for a second-straight month.

The “data signaled further disconcerting signs for the health of the US private sector,” Sian Jones, senior economist at S&P Global Market Intelligence, said in a statement.

The picture darkened globally as well. Output in the eurozone dropped for a second month amid record energy and food inflation, and business activity contracted in both Japan and Australia.

Firms’ expectations for the future, however, did improve, and there were some signs of supply chain normalization. A measure of backlogs decreased, and the group’s gauge of supplier deliveries to factories pointed to the slowest growth in delivery times in nearly two years.

Inflation metrics eased in the month at both factories and service providers. Input price growth decelerated, and the composite gauge of output prices slipped to the softest pace in 18 months.