Home » Blog » The great mismatch: Remote jobs are in demand, but positions are drying up

The great mismatch: Remote jobs are in demand, but positions are drying up 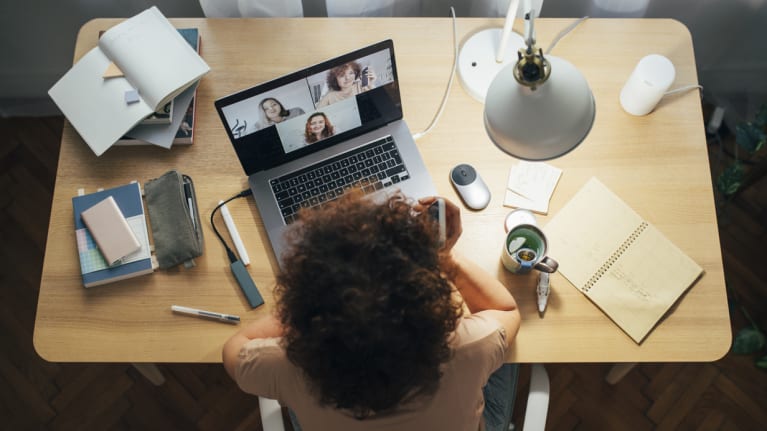 The job market — although still hot — is slowing, and many Americans who had been working from home are being called back into the office

Lori Black has been firing off dozens of applications with one goal: to land a work-from-home job.

But four months in, her search is starting to feel impossible. Positions are in short supply, and rejections have been plentiful.

“It’s been very trying, I keep putting the résumé out and, sometimes, I just feel so discouraged,” said Black, 56, who lives near York, Pa. “Now that companies are saying, ‘You need to return to work,’ the job market for work-from-home positions has gotten very competitive.”

Nearly three years into a pandemic that reshaped workplace norms and put the balance of power squarely in the hands of employees, the tides are shifting again. The job market — although still hot — is slowing, and many Americans who had been working from home are being called back into the office.

That has led to a tug-of-war between what employees want and what employers are willing to give them. Wage increases are plateauing, signing bonuses are cooling off, and fewer companies are allowing people to work from home than they did even a few months ago.

Demand for remote jobs remains near all-time highs, even as companies roll back telework positions. Fifty percent of job applications submitted on LinkedIn are for work-from-home positions, which make up just 15 percent of listings, according to a recent report from the jobs site.

“It’s the ‘great remote work mismatch,’ ” said Rand Ghayad, head of economics and global labor markets at LinkedIn, who wrote the recent report. “In the past, labor mismatches have been about skills. Now we’re seeing a different kind of mismatch, where workers are looking for jobs that offer certain attributes — like the ability to work remotely — that employers aren’t willing to offer.”

Although there are nearly two job openings for each applicant when it comes to on-site work, the opposite is true for remote jobs: There are two active applicants for each available work-from-home job on LinkedIn. That means the gap between demand for jobs and the supply of workers for on-site positions is four times as high as it is for remote work, according to Ghayad.

Other job sites are reporting similar trends. At Indeed, for example, remote job postings have slowed in recent months, even in tech-heavy areas such as software development.Monster.com, meanwhile, saw a 21 percent spike in jobseekers looking for work-from-home positions between September and October, even as postings for remote jobs declined 6 percent.

The scaling back of remote-work policies is among the first and most visible signs of a changing job market. The Federal Reserve has been aggressively raising interest rates in hopes of slowing the economy enough to calm inflation. Although the unemployment rate, at 3.7 percent, remains near historic lows, Fed officials have said they expect that number to tick up to 4.4 percent in the next year, which would translate to more than 1 million lost jobs.

There are signs that it’s becoming harder to land a job. Applicants on LinkedIn are, on average, applying to 22 percent more jobs than they were a year ago, according to a November report from the company.

For now, the share of available remote jobs tends to vary widely by industry. Work-from-home opportunities in sectors such as education, tourism, sports, and agriculture have fallen markedly since last year, as schools, gyms, and other establishments reopen, according to data from ZipRecruiter. In other areas, such as manufacturing, finance, and insurance, remote job listings have plateaued in recent months, as businesses and employees navigate broader shifts in the economy.

Even so, Julia Pollak, chief economist at ZipRecruiter, said it will be difficult for many employers to achieve pre-pandemic office attendance rates, even if they want to do so.

“I do think it’s hard to put the genie back in the bottle on this one,” she said. “Once you hire a remote employee who lives elsewhere — as many companies have — it’s very hard to insist that people who live near the office come in all the time. In many industries, the kind of longer-term shifts to remote work, accompanied by investments in technology and disinvestments in commercial real estate, is still very much underway.”

The coronavirus pandemic abruptly and dramatically reshaped the workplace in early 2020, forcing millions of Americans to work from home at the flip of a switch. For many, it was the first time they had worked remotely, and they quickly found that telework offered increased flexibility and a healthier work-life balance. Roughly 18 percent of the workforce — or 28 million Americans — worked from home last year, compared with 6 percent before the pandemic, according to Census Bureau data.

Labor experts and economists say remote work has also opened up new opportunities for people who have traditionally been sidelined from the job market, including working parents, as well as those with disabilities or caregiving duties.

Black, the job-hunter in Pennsylvania, left her administrative assistant job seven years ago to care for sick family members. But after recently seeing her stepson work a computer engineering job from home, she said it occurred to her that she could do something like that, too, while continuing to care for her sister-in-law. She has been applying to customer service and administration jobs, with little luck.

“They keep saying there are all these jobs out there,” she said. “But if you want something you can do from home, there aren’t that many options.”

A growing number of businesses in tech, banking, and sales have been summoning workers back to the office in recent weeks. Elon Musk promptly ordered all Twitter employees to report in person after taking over the social media platform in late October. (He has since backtracked, saying “exceptional” employees can continue working remotely.)

“Although performance is still strong, we’re seeing other things erode — like collaboration, engagement, and how we demonstrate our culture as One U.S. Bank,” Chief Executive Andy Cecere wrote in a memo to employees. “Being in the office won’t solve this at once, but it can and will help.”

Low-wage workers have traditionally been shut out of remote opportunities. Women and minorities tend to value remote work most highly, according to Pollak of ZipRecruiter, although they tend to work in sectors such as nursing, teaching, retail, and housekeeping, where such opportunities are typically few and far between.

As a result, economists say low-wage workers who want to work from home often have limited options and may be less likely to receive pay increases and other perks than their on-site counterparts.

Demand for remote hourly work has been brisk at Liveops, a Scottsdale, Ariz., firm that hires contractors for customer-service jobs at national retailers, insurers, and healthcare companies. Applications from people who are applying on their own, and not because of an online ad, have risen 67 percent from a year ago, according to Chief Executive Greg Hanover.

“We’re seeing pretty significant growth,” he said. “People want to work on their own terms. They want flexibility.”

With remote jobs becoming less available, those who have them say they’re inclined to hold onto them. In St. Louis, Ian Schrauth makes about 30 cents per minute fielding calls from home for a healthcare company. He took on the remote position as an independent contractor in April 2020, shortly after losing his in-person sales job at Sprint.

Schrauth hasn’t gotten a raise since he took the job nearly three years ago, but said he’s saving gas money by not having to commute.

“Now that I’ve started working remotely, it’s definitely what I prefer,” said Schrauth, 25, who also works part-time at a Walmart store. “If I want to work in pajamas, I can. If I have a doctor’s appointment, I can work around that. There’s a lot more flexibility.”