Home » Blog » The global economy is in chaos. Nobody’s coming to the rescue.

The global economy is in chaos. Nobody’s coming to the rescue. 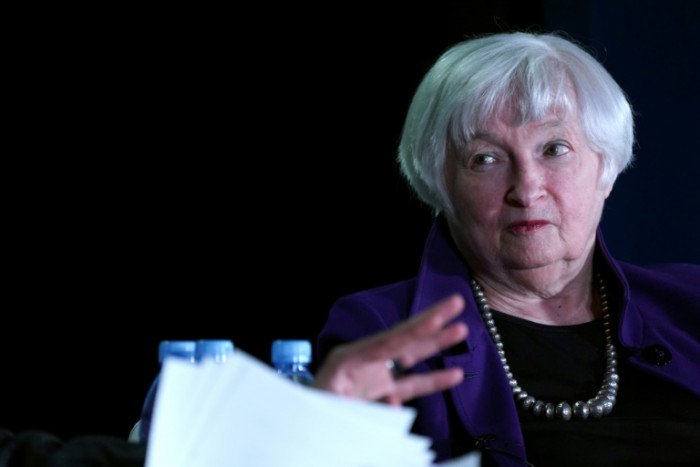 The global turmoil provides the latest test of U.S. influence over international affairs after the Biden administration sought to re-engage with the world in the post-Trump era.

America is driving the West’s response to the war in Ukraine. But U.S. officials are struggling to project a global response to a worldwide economic slowdown.

A sense of dread surrounded meetings of finance ministers and central bankers in Washington this week, amid one of the most foreboding moments for the world economy in years. The list of worries was alarmingly long: stubbornly persistent inflation, crippling interest rates, panic around the worsening energy supply crisis, manic markets, and the spiraling of the U.K. government.

“The worst is yet to come,” IMF Managing Director Kristalina Georgieva said this week, capturing the tone that pervaded the discussions of the world’s most powerful economic officials.

Absent from the frenzy: The kind of sweeping, coordinated effort the U.S. has led in previous episodes when the global economy was on the brink.

The leadership gap speaks to the overriding challenge of the moment, as national leaders and central bankers across the globe focus on averting domestic crises triggered by surging inflation and shocks from Russia’s escalating war in Ukraine. The Federal Reserve is at the forefront, as it ratchets up interest rates and fuels recession risks in a bid to control rising prices.

The global turmoil provides the latest test of U.S. influence over international affairs after the Biden administration sought to re-engage with the world in the post-Trump era.

Treasury Secretary Janet Yellen has had some success in rallying an international response to Russia’s invasion of Ukraine. She persuaded G7 leaders to back a cap on the price of Russian oil in a bid to avert a major supply shock and a deeper global downturn next year. This week she publicly urged U.S. allies to accelerate economic support for Ukraine.

Beyond Ukraine, Yellen has also called on China to do more to provide debt relief for low-income countries as interest rates rise, and has led U.S. efforts to address global food insecurity stemming from the war.

But the proposals are limited in scope compared to the response to the financial crisis of 2008, for example, when U.S. officials pumped money into the global economy to counteract weakness and central banks together cut interest rates to prop up demand.

Today, the No. 1 priority for the Federal Reserve and the White House is controlling inflation at home — even if it means economic pain for the rest of the world.

“That’s just the reality, and everyone recognizes that,” said Josh Lipsky, Atlantic Council GeoEconomics Center senior director and a former IMF and State Department aide. “So that’s the tension. It’s not that the Fed and the Treasury Department can come to the G20, or the IMF meetings and say, ‘We are all going to do X together in a coordinated way.’ It’s different now.”

Former Treasury Secretary Larry Summers — who warned of the current inflation surge well before the Fed intervened — on Friday blasted the International Monetary Fund and World Bank for not doing more to address the complex and cross-cutting challenges.

“The fire department is still in the station,” he said at a gathering of finance industry executives in Washington. “Somebody should be proposing something somewhere. I’m very disappointed in the response.”

Nations around the world are facing strain from the surging value of the dollar, which makes their dollar-denominated debt payments more expensive and increases the cost of imports — further feeding inflation in their economies. Higher rates in the U.S. have also led to an exodus of cash away from riskier foreign markets and into American ones.

Yellen, a former Federal Reserve chair, acknowledged the spillover effect that rising interests are having abroad, as well as the global macroeconomic challenges stemming from Russia’s war in Ukraine.

“This week has left us better informed and better coordinated,” she said at a press conference Friday of her meetings with her global counterparts. “We are determined about the jobs we have to do at home. And we are united around our collective effort to tackle our shared challenges.”

Europe has potential leaders such as Christine Lagarde, the European Central Bank chief and former IMF head who helped engineer the global response to the European debt crisis a decade ago. But Lagarde, like Fed Chair Jerome Powell, is hamstrung by elevated inflation that has forced the central bank to rapidly tighten policy this year.

Other European leaders are focused primarily on ensuring the bloc can get through this winter amid skyrocketing energy prices and a looming recession. And in the U.K., officials are scrambling to clean up the disastrous fallout from a package of proposed tax cuts that sent tremors through global markets and led to the firing of finance minister Kwasi Kwarteng Friday.

Behind the scenes, U.S. officials are quietly working to ensure financial markets are functioning in an orderly way, despite the heightened volatility that has accompanied steep Fed rate increases. The Fed is also watching global developments closely, but much of the pain abroad is unlikely to disrupt stability in the U.S.

Meanwhile, the inflation fight is far from over.

The Labor Department said Thursday that consumer prices rose 8.2 percent in September from a year before — essentially the same pace as August.

That means the Fed is likely to pursue another supersized interest rate hike in November and potentially December as well, even as stock and bond markets alike continue to fall. The U.S. central bank has suggested it won’t move to cut rates even if the economy tips into a more serious downturn and higher joblessness.

Where the Fed might have once backed off policy tightening over the prospect of global weakness, officials are now reluctant to blink in the face of high inflation, said Eric Robertsen, global head of research at Standard Chartered bank.

“They have to keep going until something breaks, and they’re hoping that what breaks is something on the inflation side and the economic side,” rather than a breakdown in the functioning of global financial markets, he said.

The scope of problems that are difficult to fix is extensive. Higher food prices and supply disruptions, fed by Russia’s war in Ukraine, have led to crises in poorer nations across the globe. The number of hungry people around the world has surged to around 345 million from 282 million since the beginning of the year, the United Nations’ World Food Programme warned this week.

The coronavirus pandemic hasn’t fully subsided, and many economies are far less recovered from it than the U.S., even as they struggle to tamp down their own domestic inflation. Meanwhile, the conflict in Ukraine has made a recession in Europe all but certain.

Although U.S. officials may not be able to prevent the spillover effects from higher interest rates in the U.S. on lower-income countries, they can help mitigate the effects, said Karen Dynan, a senior fellow at the Peterson Institute for International Economics and a former Obama Treasury economist.

To that end, U.S. officials have shown strong leadership on targeted economic issues during the latest round of meetings, including nudging allies to deliver more aid to Ukraine and drawing attention to debt sustainability concerns in emerging markets, said Heidi Crebo-Rediker, an adjunct senior fellow at the Council on Foreign Relations and a former State Department economist.

“I give two thumbs up, and a lot of credit where credit’s due, where the U.S. has really stepped up in this round of annual meetings,” she said.