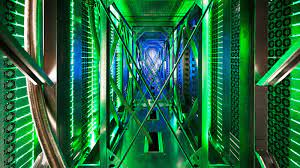 Major corporations tell CNBC that even as the stock market is volatile
and recession risk elevated, spending levels will increase.
Technology is a primary reason as firms need to stay on top of areas
like AI or risk falling behind and losing long-term market share to
competitors.

Short-term market volatility can be a distraction, but it shouldn’t
deter companies from focusing on the long-term opportunities to invest
for market share gains. The most recent quarterly CNBC CFO Council
survey showed twice as many firms saying they will increase investment
in the next year as those anticipating a decrease in spending. Other
recent CNBC surveys of senior executives across C-suite functions show
a continued focus on opportunities, too,  including hiring. But there
may be no aspect of budget planning where the long-term view is now
more critical than technology.

A new CNBC Technology Executive Council survey shows that more than
three-quarters of senior tech leaders expect their organization to
spend more on technology investments in 2022. None of the respondents
said they expect to spend less on technology investments. There are
particular areas of tech spending that speak to acute risk management.
Nearly three-quarters of respondents said they’re spending more to
protect their business from cyber-attacks compared to a year ago. None
of the respondents said they’re spending less to protect their
business.

But it’s about much more than just the risk of a costly hack.

A recent comment from JPMorgan CEO Jamie Dimon in defense of spending
more on tech speaks to the right way to think about it. “Sometimes
people refer to some of these expenses as modernizing or adopting new
technologies. … the term implies that once you get to a modern
platform, these expenses should dramatically decrease — which is
rarely the case. … Technology always drives change, but now the waves
of technological innovation come in faster and faster,” he wrote in
his annual letter to shareholders this year.

This was along the lines of the outlook, and a warning, from Greylock
partner Reid Hoffman to members of the CNBC Technology Executive
Council in a virtual town hall last week. In areas including AI, firms
that do not invest today are at an accelerating risk of being left
behind.

“In this environment, we’re competing for making the most and the
longest-term value for our businesses. So ask yourselves: where do I
have a competitive advantage and where can I play offense?” Hoffman,
who is the co-author of “The Startup of You” told the group of senior
tech executives.

Even if AI investments aren’t to be part of today’s budget, firms need
to in the least stay on a learning curve with the technology and
revisit it down the road. “You are sacrificing the future if you
opt-out of AI completely,” Hoffman said.

JP Morgan’s recent annual chief information officer survey, which
gathered the spending plans of 142 CIOs responsible for over $100
billion in annual enterprise budgets, found that the current
environment is going to have a definite impact on spending decisions,
or in the least, the timing of those decisions.

However these decisions are being made, there needs to be greater
collaboration between the CIO and CFO teams. Recent research by
technology consulting firm Gartner shows that just 30% of the CFO-CIO
relationships are characterized by a level of personal and
professional closeness that will lead to the best IT spending
decisions. According to Gartner, that’s a risk in an environment where
corporate margins are under pressure from inflation and potentially
stagflation and discretionary tech spending has the ability to achieve
greater productivity and offset input pressures.

In some organizations, the pandemic offered another way to make tech
spending more efficient throughout the organization, with the unique
situation leading to delegated authority at lower levels of management
across functions to approve tech budget items. Tech leaders in
conversation with Reid Hoffman said this model proved to be successful
in areas from sales and marketing to finance, stripping out what
historically can be a protracted RFP process and negotiations between
teams and the C-suite — a process which often resulted in cost-savings
decisions which brought in mediocre solutions rather than the exact
solutions needed by each team.

Between the C-suite collaboration on tech and the knowledge of tech
needs filtering down across departments, tech leaders say the focus
will be on the business value and there has been no pause in the most
important initiatives aligned with winning more market share. Tech is
more likely to be a method to help navigate changing market conditions
than an item where cuts should be focused. And waiting too long to
make tech investments can be a mistake. As the overall economy shifts
from one in which goods inflation dominated CPI to the rise of
services inflation, technology prices are part of that mix. The TEC
survey finds more than half (57%) of senior tech leaders saying they
are paying higher software prices, about twice as many as those who
say hardware prices are going up.

One member of the CFO Council recently told us that when the annual
renewal came in from a key service provider, the increase was over 8%,
matching the most recent CPI data. This trend is not likely to change,
but spending on technology is often deflationary in nature, another
CFO Council member noted.

Paying up for talent in tech remains a major factor even as headlines
highlight slowdowns in hiring and layoffs. IBM CEO Arvind Krishna told
CNBC at the Aspen Ideas Festival on Monday that it is paying 9%-plus
wage inflation to bring in talent in a difficult hiring market.

The costs of tech won’t be going down, but the more spent on tech,
especially tech that increases productivity, the greater the potential
savings on labor cost, so the net outcome can be less overall
spending. At a time when the cost of acquiring and training talent,
and then retaining it is high, this adds to the deflationary case for
tech investments even if a company is spending a higher proportion on
tech.

Inflation isn’t going to stop. IBM CEO Krishna expects elevated
inflation for three to four years. Tech will not get cheaper, meaning
inflation and competition are incentives to deploy tech faster. And if
competitors are using technology, such as AI, firms that choose to
wait may find themselves quickly behind, Hoffman said.

“We’re not seeing a slowdown in the B2B space,” Krishna said. He said
that goes for retail automation, supply chain resiliency, cold chain
distribution technology for drug companies, computational techniques
for faster development of the next vaccines, and banking where more
personalization built into selling financial products like loans are
leading to more tech spending.

“When you get to radical changes, whether in the supply chain or a
central bank, the first thing you do is think defensively,” Hoffman
said at the recent CNBC TEC event. “Is there someplace where something
could blow up, put us way over our skis? You first start with the
defensive cross-check, but the mistake is stopping,” he said.

Business leaders need to accept the reality of “the R-word” —a
recession — but not without tying it to a longer-term plan “to have
the strongest possible business as we get back to growth,” Hoffman
said.

“Don’t spend across the board, but what are the expenses necessary for
playing offense and not giving up key optionality? … Not retrenching
and giving up the learning curve that could cause your business to
thrive. … You need to make sure you can continue to play, that’s the
defensive game, but immediately after that it’s go-to offense. It
doesn’t mean cut every last dollar,” he added.