Home » Blog » Tax expert: Traditional and Roth retirement accounts are ‘economically identical,’ so how do you choose?

Tax expert: Traditional and Roth retirement accounts are ‘economically identical,’ so how do you choose? 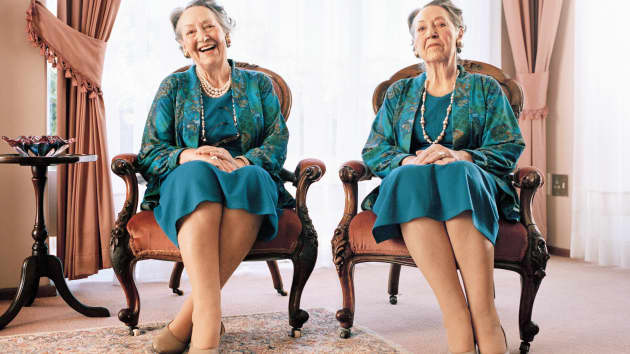 Should a piece of tax legislation known as the Secure Act 2.0 pass some time this year, as many experts expect it to, Americans could be poised to go into retirement with more tax-free dollars saved.

If you have a Roth 401(k), for instance, the new law would allow your employer to match your contributions with Roth money — not just the pretax dollars they can contribute under the current law. The bill would also require that any “catch-up” contributions made by those age 50 and up to employer-sponsored retirement accounts get the Roth tax treatment.

For investors, that’s a good thing, right? After all, some experts have gone as far as to call Roth accounts a “Holy Grail” for retirement savers.

Not necessarily, at least according to some tax wonks. “Under conditions that are reasonable, traditional and Roth accounts are economically identical,” says Steve Rosenthal, a senior fellow at the Urban-Brookings Tax Policy Center. In other words, for certain taxpayers, investing in a traditional or Roth account would result in the same amount of savings in retirement.

Rosenthal’s assertion is backed up by math, but it’s worth noting that “reasonable” covers a lot of territories. Your specific situation could call for either Roth or traditional retirement savings, or a combination of both. Here’s why.

A quick refresher on traditional versus Roth accounts

Retirement accounts such as 401(k)s and IRAs are offered in two varieties: traditional and Roth.

Traditional accounts are funded with money you have yet to pay tax on, and contributions that you make to these accounts can typically be deducted from your taxable income for the year you made the contribution. In exchange for this upfront tax break, you’ll owe tax any money you withdraw from the account in retirement. If you take the money out before age 59½, you’ll still owe the tax plus a 10% penalty.

Roth accounts flip the tax break on its head. These funds are funded with money you’ve already paid taxes on, so contributions don’t lower your taxable income. But once you turn 59½, provided you’ve held the account for five years, you can withdraw the money tax-free. You can also withdraw up to the amount that you’ve contributed at any time without paying a penalty.

Consider the following example from Lydia Austin, formerly of the Urban-Brookings Tax Policy Center. She imagines a taxpayer with $100,000 in earned income who makes a one-time contribution to a retirement account that earns an annualized 4% return over the next 30 years. From the time she contributes through when she takes her distribution, she is in the 25% tax bracket.

‘A key question is your view on tax rates’

So if the outcome under certain conditions is the same, which one is worth choosing? It depends on who you ask.

“When I work with accountants, their three favorite words are deferred, defer, defer,” says Devin Pope, a certified financial planner and senior wealth advisor at Albion Financial in Salt Lake City, Utah. “That’s because they want to be able to show their clients they saved them money.”

Earning an upfront tax savings can feel like a big boon for investors, Pope adds, but harnessing that tax advantage is contingent upon doing something productive with the money. “If you take those tax savings and do spend them on something like concert tickets, you’re not really getting a tax advantage,” he says. “If you’re tempted to spend the money, you might be better off in a Roth.”

The major advantage for Roth savers is that they won’t have to guess which tax rate they’ll pay when they begin to withdraw the money. “You can’t beat zero percent,” Ed Slott, publisher of IRAHelp.com, told Grow. He views Roths as an effective hedge against the possibility that tax rates could climb between now and the time you retire when you’d have to pay Uncle Sam for your traditional IRA and 401(k) withdrawals.

“A key question is your view on tax rates — the rate you pay today versus the rate you’d pay in retirement,” says Rosenthal. Should tax rates decline, those taking an upfront break would come out ahead. On an individual level, those in lower tax brackets using post-tax dollars may well be paying a smaller levy than they would owe in retirement after a long and lucrative career.

Which account is right for you depends on your personal situation, but many experts say it’s hard to go wrong having both types of accounts.

“You may want to have diversification, just like owning small, medium, and large-company stocks, as well as cash, bonds, and real estate,” he says. “When you get to the stage when you’re living off of your assets, having a mix allows you to be strategic about pulling the money out in the most tax-advantageous way possible.”