Home » Blog » Powell says taming inflation is‘ absolutely essential,’ and a 50 basispoint hike is possible for May

Powell says taming inflation is‘ absolutely essential,’ and a 50 basis
point hike is possible for May 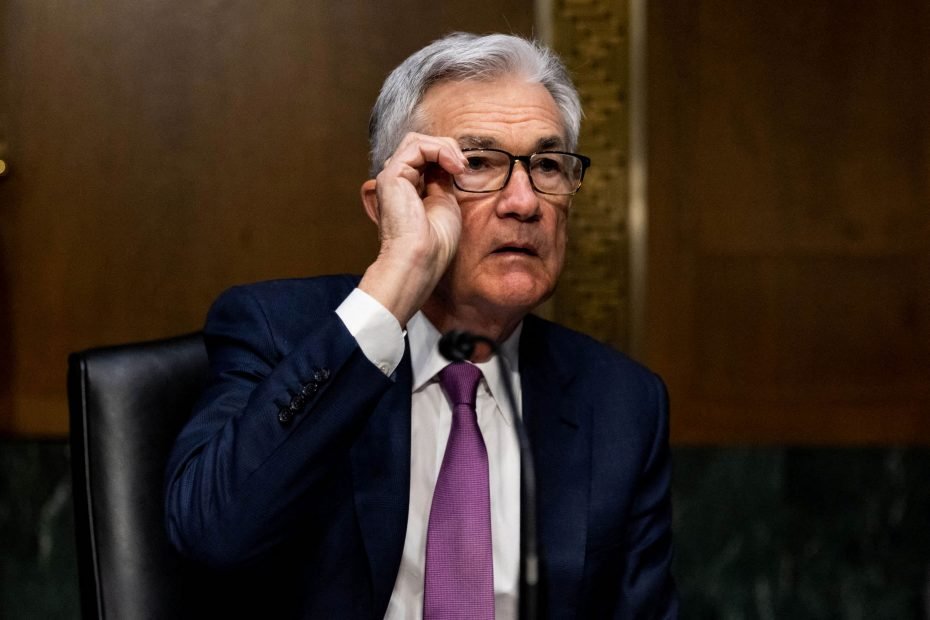 Fed Chairman Jerome Powell on Thursday said the central bank is
committed to raising rates “expeditiously” to bring down inflation.
That could mean an interest rate hike of 50 basis points in May as
prices rise at their fastest pace in more than 40 years.
“It’s absolutely essential to restore price stability,” he added.

Federal Reserve Chairman Jerome Powell affirmed the central bank’s
determination to bring down inflation and said Thursday that
aggressive rate hikes are possible as soon as next month.

“It is appropriate in my view to be moving a little more quickly” to
raise interest rates, Powell said while part of an International
Monetary Fund panel moderated by CNBC’s Sara Eisen. “I also think
there is something to be said for front-end loading any accommodation
one thinks is appropriate. … I would say 50 basis points will be on
the table for the May meeting.”

Powell’s statements essentially meet market expectations that the Fed
will depart from its usual 25 basis point hikes and move more quickly
to tame inflation that is running at its fastest pace in more than 40
years. A basis point equals 0.01 percentage point.

However, as Powell spoke, market pricing for rate increases got
somewhat more aggressive.

Expectations for a 50 basis point move in May rose to 97.6%, according
to the CME Group’s FedWatch Tool. Traders also priced in an additional
hike equivalent through year’s end that would take the fed funds rate,
which sets the overnight borrowing level for banks but also is tied to
many consumer debt instruments, to 2.75%.

Stocks also fell, sending the Dow industrials down more than 400
points and the Nasdaq, with its rate-sensitive tech stocks, lower by
more than 2%. Treasury yields pushed higher, with the benchmark
10-year note most recently at 2.9%.

At its March meeting, the Fed approved a 25 basis point move, but
officials in recent days have said they see a need to move more
quickly with consumer inflation running at an annual pace of 8.5%.

“Our goal is to use our tools to get demand and supply back in synch
so that inflation moves down and does so without a slowdown that
amounts to a recession,” Powell said. “I don’t think you’ll hear
anyone at the Fed say that that’s going to be straightforward or easy.
It’s going to be very challenging. We’re going to do our best to
accomplish that.”

The Fed had resisted raising rates through 2021 even though inflation
was running well above the central bank’s 2% longer-run target. Under
a policy framework adopted in late 2020, the Fed said it would be
content with letting inflation run hotter than normal in the interest
of achieving full employment that was inclusive across income, racial,
and gender demographics.

Until several months ago, Powell and Fed officials had insisted that
inflation was “transitory” and would dissipate as Covid
pandemic-related factors such as clogged supply chains and outsized
demand for goods over services abated. However, Powell said those
expectations “disappointed” and the Fed has had to change course.

“It may be that the actual [inflation] peak was in March, but we don’t
know that, so we’re not going to count on it,” he said. “We’re really
going to be raising rates and getting expeditiously to levels that are
more neutral and then that are actually tight … if that turns out to
be appropriate once we get there.”

These will be Powell’s last remarks before the May 3-4 meeting of the
Federal Open Market Committee, which sets interest rates. He is the
latest Fed official to say rapid action is needed to take down
inflation.

Along with the rate hikes, the Fed is expected soon to start reducing
the number of bonds it is holding. The central bank’s balance sheet
now stands at close to $9 trillion, primarily consisting of Treasurys
and mortgage-backed securities.

Discussions at the March meeting indicated the Fed eventually will
allow $95 billion of proceeds from maturing bonds to roll off each
month.

Powell noted that other than pernicious inflation, the U.S. economy is
“very strong” otherwise. He characterized the labor market as
“extremely tight, historically so.”

Earlier in the day, he referenced former Fed Chairman Paul Volcker,
who battled inflation in the late 1970s and early ’80s with a series
of rate hikes that ultimately led to a recession. Volcker “knew that
in order to tame inflation and heal the economy, he had to stay the
course,” Powell said.

The Volcker Fed ultimately took the benchmark rate to nearly 20%; it
currently sits in a range between 0.25% and 0.50%.