Home » Blog » Oscar-nominated ‘Everything Everywhere All At Once’ features an IRS ordeal, but here’s what really happens in an audit, according to tax pros

Oscar-nominated ‘Everything Everywhere All At Once’ features an IRS ordeal, but here’s what really happens in an audit, according to tax pros 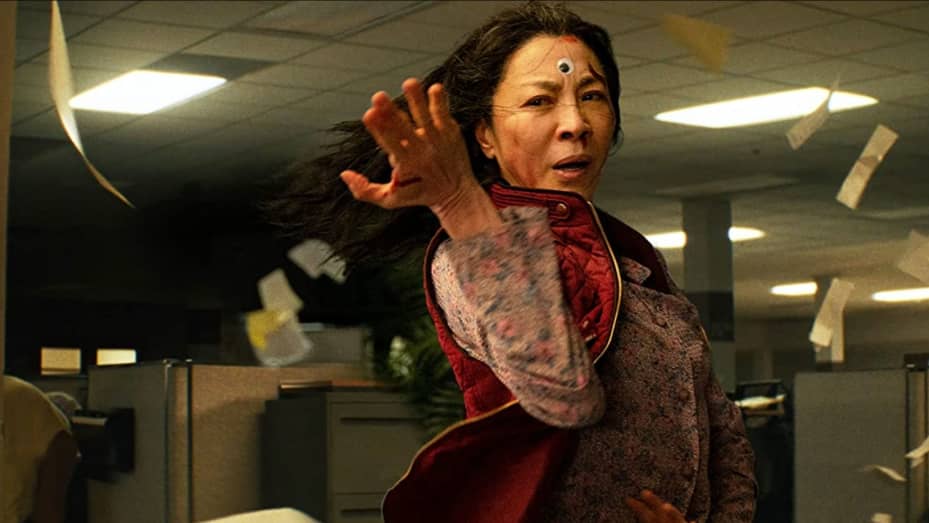 Few things are more frightening for everyday taxpayers than a possible IRS audit. But experts say tax exams may be different from what’s portrayed in the movies.

In the Oscar-nominated film “Everything Everywhere All at Once,” a Chinese-American couple (played by Michelle Yeoh and Ke Huy Quan) with a failing laundromat face a tax audit, meeting a scrupulous agent (played by Jamie Lee Curtis) at an IRS office to review stacks of business receipts.

While Yeoh’s character jumps between parallel universes throughout the film, the tax audit is a recurring theme, peaking when Curtis comes to the laundromat to seize the couple’s property after a missed appointment.

Tax audits have been a hot-button political issue since the Inflation Reduction Act, passed in August, allocated $79.6 billion to the IRS over the next 10 years, with more than half of the funds earmarked for “enforcement.”

But audits have been rare, according to Ryan Losi, a certified public accountant and executive vice president of CPA firm Piascik. “I have maybe two or three a year, and that’s with 600 clients,” he said.

Typically, the IRS uses software to assign a numeric score to returns, and when the rating is high enough, it may be flagged for an audit, explained Michael Prinzo, managing principal of tax at CliftonLarsonAllen.

“It’s compared to a general population of other returns with similar income or deductions and when there’s an outlier or a number of outliers, it increases the likelihood that one might receive an audit notice,” he said.

Most audits occur by correspondence

While “Everything Everywhere All at Once” shows a nerve-wracking in-person exam, Losi said most audits happen via “correspondence,” or letters that arrive by mail. You have 30 days to respond by phone or mail.

During the fiscal year 2022, 85% of IRS audits occurred by correspondence, according to the Syracuse University report.

Alternatively, you may receive a letter saying you’ve been selected for an audit with an “information document request,” or IDR, and specific questions about the return, Prinzo said. These may require interacting with an agent, either via a phone call or a meeting.

Even so, many such audits occur remotely, Prinzo said, especially since the beginning of the pandemic. But if it’s an in-person exam and you’re working with a tax professional, that pro typically shifts the location to their own office.

After the audit, the IRS reviews the information provided and may send additional IDRs before deciding whether the return is correct.

If the agency determines the return isn’t accurate, it will propose an adjustment, outlined in a “30-day letter,” which gives the taxpayer one month to respond if they disagree, Prinzo said. But many IRS exams close with no changes, he said.

“Taxpayers are typically scared of IRS exams,” Prinzo said. But if your return is accurate and you have supporting documents, “there’s really no reason to worry,” he said.