National taxpayer advocate: IRS in better shape now than a year ago 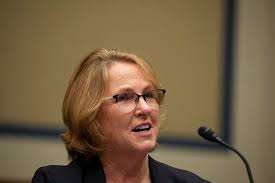 The IRS will begin the 2023 filing season in much better shape than it was a year ago, with a greatly reduced backlog, a funding increase from Congress, and more workers, National Taxpayer Advocate Erin Collins said Wednesday in her annual report to Congress.

The improvements will not be immediate for various reasons, including the need to train staff, which requires taking current employees away from their jobs to teach new workers, Collins said in the report from her office, the Taxpayer Advocate Service (TAS).

“We have begun to see the light at the end of the tunnel,” she wrote in the report, also summarized in an IRS news release. “I am just not sure how much further we have to travel before we see sunlight.”

The IRS began 2022 with an unprocessed backlog of 11.5 million returns, which was down to 4 million by mid-December, Collins said. This means the IRS can begin processing paper-filed tax year 2022 returns during the upcoming filing season, as opposed to the previous two filing seasons when the IRS started processing current-year returns months after the filing season had ended.

Of the 173 million calls to the IRS during the fiscal year 2022, just 22 million (13%) reached an IRS employee. Those who did reach an employee waited for an average of 29 minutes on hold before the call began.

And telephone service for tax professionals reached an all-time low, the report said, even though the IRS established the Practitioner Priority Service (PPS) line to handle their calls. Of the 12.7 million calls to the PPS line, the IRS answered 2 million — or 16% — with an average hold time of 25 minutes for those who did reach the agency.

“Tax professionals are key to a successful tax administration,” Collins wrote. “The challenges of the past three filing seasons have pushed tax professionals to their limits, raising client doubts in their abilities and creating a loss of trust in the system.”

The one action that taxpayers can take to improve IRS service is to file their returns electronically, which about 13 million individual taxpayers did not do in 2022, she wrote.

The report lists the top 10 most serious problems facing the IRS, which include backlog and hiring/staffing. The other problems that she cited are the complexity of the Internal Revenue Code, telephone and in-person service, online access for taxpayers and tax professionals, e-file and free file, IRS transparency, return preparer oversight, appeals, and overseas taxpayers.

In the Inflation Reduction Act, P.L. 117-169, enacted in August 2022, Congress provided the IRS with nearly $80 billion over 10 years in addition to its annual appropriations. Treasury Secretary Janet Yellen has set a deadline of Feb. 17 for the IRS to detail how it plans to spend the money.

“If this additional funding is prudently spent, the IRS should be able to bring about a complete modernization makeover of its paper processing operations, with the ability to hire and train an advanced workforce, replace outdated technology and systems, and dramatically improve taxpayer services and the taxpayer experience,” she wrote

Collins also released her 2023 “Purple Book,” a Compilation of Legislative Recommendations to Strengthen Taxpayer Rights and Improve Tax Administration. It includes 65 recommendations on subjects such as the filing process, assessment and collection procedures, and strengthening taxpayer rights.

TAS is an independent organization within the IRS that helps taxpayers and protects taxpayer rights.