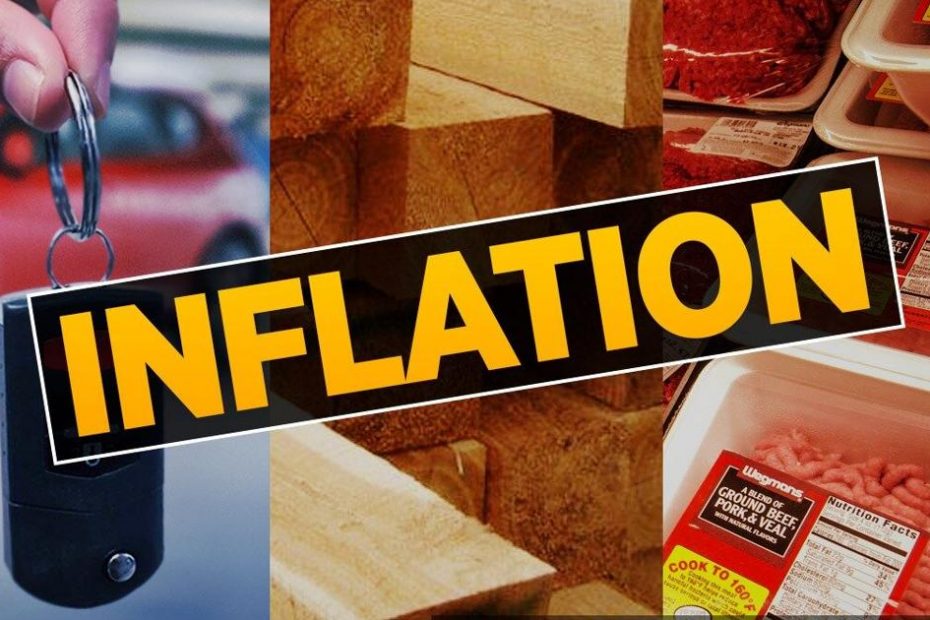 A key inflation reading showed a glimmer of hope on Tuesday, revealing
a slight slowdown in rising prices — though they remain uncomfortably
high.

The Producer Price Index, which measures wholesale prices before goods
and services reach consumers, rose 10.8% in May compared to where it
stood a year ago, according to data released Tuesday by the Bureau of
Labor Statistics.

While that’s down from the revised 10.9% rise reported in April’s
reading, it is still high by historical standards. The PPI had not
recorded a double-digit increase in data going back to 2009 until this
past December.

“The unrelenting rise in producers’ costs signals that consumers will
find little respite from inflation in the coming months as those costs
are passed on,” said Kurt Rankin, senior economist for PNC.

While the PPI measures wholesale prices, not retail prices paid by
consumers, they have an eventual effect both on consumers and the
overall economy.

“These wholesale price pressures still need to work their way through
the supply chain and will either be passed on to the rest of us or
eaten by company profit margins — or a likely combination of both,”
said Peter Boockvar, chief investment officer for Bleakley Advisory
Group.

When stripping out volatile food and energy, the so-called core PPI
posted an 8.3% gain over the course of the last 12 months, compared to
the revised 8.6% rise in that reading for April.

Much of the increase was due to soaring energy prices. Wholesale
energy prices were up 5% in May compared to April, and up 44.6% over
the course of the past 12 months.

A one-month increase of 8.4% in wholesale gasoline prices in May
resulted in a 66.2% rise in gasoline over the year. The national
average for a gallon of gasoline at the retail level hit $5 for the
first time ever over the weekend, according to figures from AAA.

The good news for consumers is that wholesale food prices showed no
month-over-month increase, despite rising retail prices for those
goods. Wholesale food prices are still up 13.3% over the past 12
months, and the retail prices for food purchased to eat at home posted
a one-month 1.4% rise in May and an 11.9% increase over the past 12
months, according to an earlier Labor Department reading.

Another sign of improvement was a month-to-month rise of just 0.4% in
wholesale prices for cars and trucks, after a 1% rise on that basis in
April. But automakers, whose production had been limited by a computer
chip shortage, are finally getting production back to pre-pandemic
levels, said Ian Shepherdson, chief economist for Pantheon
Macroeconomics.

” On a month-over-month basis, we see encouraging signs at the
margin,” said Shepherdson.

Tuesday’s PPI report comes after the latest Consumer Price Index
report, which showed the fastest pace of price hikes for consumers in
more than 40 years. Together, these reports likely put further
pressure on the Federal Reserve to raise interest rates more
aggressively in order to battle inflationary pressures.

The central bank hiked its benchmark interest rate by half a
percentage point in May for the first time since 2000. It begins a
two-day monetary policymaking meeting Tuesday and could announce a
three-quarter-percentage-point hike at the conclusion of its meeting
on Wednesday. That would be the biggest jump in that key interest rate
since 1994.

But some economists question whether the Fed can really do much to
curb inflation, given the rise in energy prices caused by the war in
Ukraine and the sanctions on Russia’s oil exports, as well as
continued supply chain issues.

“The Fed’s blunt toolkit won’t do much to alleviate supply-side
disruptions,” said a note from Oxford Economics. “As such, risks to
producer price inflation remains tilted to the upside in the near
term, and any sustained moderation will only come gradually over the
second half of 2022.”