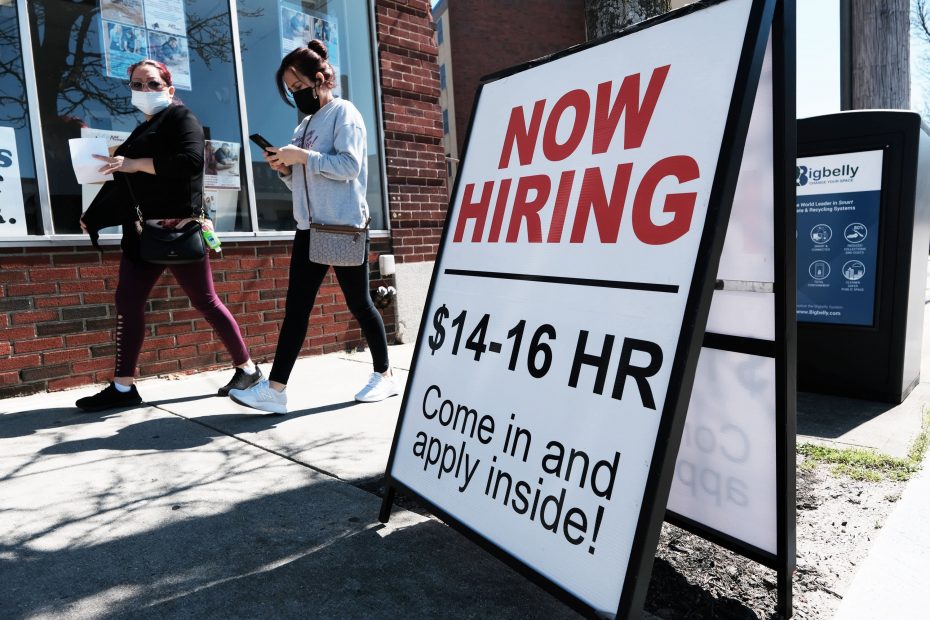 The number of people who applied for unemployment benefits at the end of August fell to a nine-week low of 232,000, showing no sign that the slowing U.S…

The numbers: The number of people who applied for unemployment benefits at the end of August fell to a nine-week low of 232,000, showing no sign that a slowing U.S. economy is triggering widespread layoffs.

The number of people applying for jobless benefits is one of the best barometers of whether the economy is getting better or worse.

New unemployment filings had fallen to as low as 166,000 in late March — the second-fewest on record — before turning higher over the summer. They recently topped out at 261,000 before edging lower again.

Economists polled by the Wall Street Journal had forecast new claims to total 245,000. The figures are seasonally adjusted.

Big picture: The labor market is extremely tight — too tight in the view of the Federal Reserve. The jobless rate last month matched a half-century low of 3.5%.

The Fed worries a shortage of workers is pushing up wages too quickly and could add to the highest U.S. inflation in almost 41 years. The central bank wants to see hiring slow and unemployment rise slightly to help ease inflation.

The central bank is trying to thread a needle, however. It wants to cool off the economy without triggering a recession, a goal that many economists don’t think is realistic.

Key details: Of the 53 states and U.S. territories that report jobless claims, 40 showed a decline and 13 reported an increase.

The number of people already collecting unemployment benefits, meanwhile, rose by 26,000 to 1.44 million in the week ended Aug. 20. They are reported with a one-week lag.

These so-called continuing claims remain near a 50-year low, however.

One caveat on jobless claims: The government’s adjusted data has been more erratic since the pandemic.

New jobless claims before seasonal adjustments, for instance, were much lower at 176,793 in the final week of August. Historically that’s an extremely low reading.

Looking ahead: “Demand for labor remains quite strong,” said money market economist Thomas Simons of Jefferies LLC. “The labor market remains very tight, and the claims data do not show any shifts in momentum.”