Job openings plunged by more than 1.1 million in August 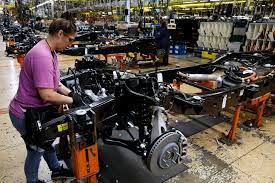 The number of job openings plunged by more than a million in August, providing a potential early sign that the massive U.S. labor gap is beginning to close.

Available positions totaled 10.05 million for the month, a 10% drop from the 11.17 million reported in July, according to a Bureau of Labor Statistics release Tuesday. That was also well below the 11.1 million FactSet estimate and was the biggest one-month decline since April 2020 in the early days of the Covid pandemic.

The number of hires rose slightly, while total separations jumped by 182,000. Quits, or those who left their jobs voluntarily, rose by 100,000 for the month to 4.16 million.

The Job Openings and Labor Turnover numbers are watched closely by the Federal Reserve, which is trying to reverse runaway inflation through a series of five interest rate increases this year that thus far have totaled 3 percentage points.

One primary area of interest for the central bank has been the ultra-tight labor market, which had been showing about two job openings for every available worker. That ratio contracted to 1.67 to 1 in August.

The job market has been a primary driver of inflation, as the outsized demand for the scarce labor pool has helped drive up wages sharply. Average hourly earnings rose 5.2% over the 12-month period through August. But adjusted for inflation, real earnings actually declined 2.8%.

“Job openings took a major dive in August, falling by more than about 1 million, but they still total more than 10 million. That and other data point to a jobs market that’s still challenging for employers,” said Robert Frick, corporate economist at Navy Federal Credit Union. “But judging by the drop in openings and the high number of Americans who entered the labor force in August, almost 900,000, the worst of the tight labor market is over.”

Aligning labor supply with demand has been a big goal for the Fed, which uses rate increases to slow the flow of money through the economy. The labor market has shown little reaction to the moves, with weekly jobless claims recently hitting a five-month low and the unemployment rate at 3.7%.

August did see a sharp bump in the labor force, which increased by 786,000, pushing up the participation rate by 0.3 percentage points to 62.4%, tied for the highest of the year. The rate remains one full percentage point below where it was in February 2020, just prior to the pandemic.

Markets still expect the Fed to push forward with a fourth consecutive 0.75 percentage point interest rate hike at its next meeting.

Tuesday’s release comes ahead of Friday’s nonfarm payrolls report for September, which is expected to show a gain of 275,000, according to Dow Jones.