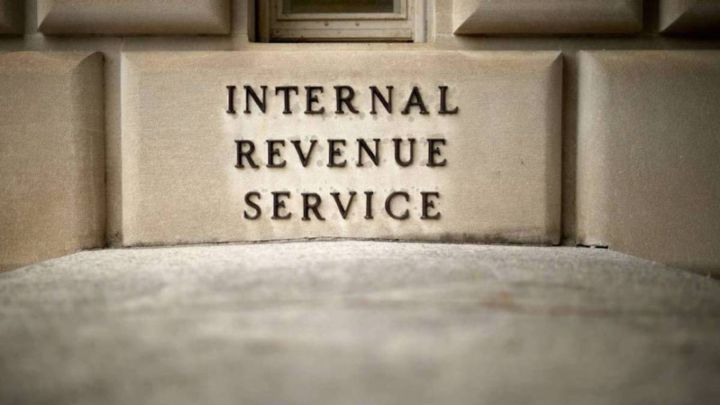 Nearly 24 million taxpayers are still waiting for the Internal Revenue Service to process their tax returns from last year — a number far larger than previously reported by the agency — with many refunds being held up for 10 months or more.

The inventory of unprocessed returns and related correspondence was provided by the IRS’s taxpayer advocate service to the tax-writing committees in Congress. The backlog will probably further slow service in the 2022 filing season; the Treasury Department, the IRS’s parent agency, warned in January that it expected its response to be subpar this year.

The pileup of work that remains from last year, according to three people who spoke on the condition of anonymity because they were not approved to speak publicly, comes as the tax agency struggles to hire and train new staff to clear the logjam. In response, the IRS is considering suspending tax collections and excusing some penalty enforcement.

The troubles also have generated bipartisan angst on Capitol Hill, although lawmakers have found themselves once again torn over how exactly to improve the agency’s performance. A group of 30 Republicans described the situation as “untenable” in a letter sent this week to Treasury Secretary Janet Yellen and IRS Commissioner Charles Rettig. But some in the GOP simultaneously are working to block any new federal aid that might help the beleaguered agency — a stance that drew sharp criticism from Democrats on Saturday.

“For decades, Republicans have starved the IRS of funding, and now American taxpayers are paying the price,” said Rep. Richard E. Neal (D-Mass.), the chairman of the tax-focused House Ways and Means Committee, citing the statistics unearthed by The Washington Post. “The backlog of tax returns is but one symptom of the fundamental issue that has been ailing the IRS for too long: inadequate resources.”

The IRS’s productivity plummeted during the coronavirus pandemic as thousands of employees worked from home for months without access to returns, audits, and other business — difficulties that followed years of budget cuts. The federal stimulus measures also added to the agency’s workload, as it emphasized getting relief money to millions of Americans. Paper returns took the greatest hit, as mail piled up on trucks outside closed offices for months.

Adding to the challenges, a new report from the IRS inspector general this month found that the agency continues to suffer from severe hiring shortages, inefficient practices, and old equipment. That includes mail processing woes since its systems have “outdated dust collectors” that cause paper jams. Poor scanners, meanwhile, meant the IRS last year missed out on $56 million because of “untimely check deposits,” since the agency could not tell whether envelopes it received contained checks.

As of Jan. 28, the tally of outstanding individual and business returns requiring what the IRS calls “manual processing” — an operation where an employee must take at least one action rather than relying on an automated system to move the case — came to 23.7 million, the taxpayer advocate data shows. The number includes 9.7 million paper returns awaiting processing; 4.1 million that were suspended because of errors with stimulus payments, pandemic relief, or other issues; 4.1 million amended returns; and 5.8 million pieces of correspondence awaiting action between the agency and taxpayers to resolve issues before the returns are completed.

In January, National Taxpayer Advocate Erin Collins had reported a backlog of at least 10 million returns based on IRS data. An IRS official, meantime, said the agency counts the inventory from last year’s filing season at about 6 million paper returns for individual taxpayers. Both numbers are far higher than the unprocessed returns the IRS faced before the pandemic — in the past, the agency typically carried 1 million or fewer returns into the next tax season.

But the new data takes into account broader categories of work that have stalled since the pandemic and some returns that have come in this year. Taxpayer advocates, lawmakers, and others say the expansive count is more realistic.

“This entire ecosystem of pending cases gives the public a fuller picture of what the IRS is up against,” said Chad Hooper, executive director of the nonprofit Professional Managers Association, which represents hundreds of IRS managers. “And it’s a crazy number before most people have filed their taxes for this year.”

The stockpile does not include audits lingering because of pandemic slowdowns, enforcement and collection actions, appeals of audits, notices of tax liens, penalties, or other business in the pipeline, Hooper said.

The vast majority of taxpayers now file their tax returns electronically, and those can generally be processed quickly unless they are flagged for errors, identity theft, or other issues. Roughly 10 percent — about 17 million people — still file Form 1040, the traditional individual income tax return, on paper.

The IRS is taking at least 10 months to process paper returns filed for the 2020 tax year and has caught up only to April 2021 for returns without errors, according to the most recent data on its website. Last year the vast majority of taxpayers — about 77 percent — received refunds.

Because returns are processed in the order in which they were received, “it does mean the 2022 filings made this year are at the end of the line,” Hooper said.

The backlog was formed in part by the mandates placed on the IRS over the course of the roughly two-year pandemic.

Beginning in 2020, lawmakers deputized the agency to send direct pandemic relief checks to millions of Americans, adding immense pressure to act swiftly to help cash-strapped families newly out of work. Multiple stimulus packages approved rounds of such payments, and Demoncrats last March made an even more work-intensive request: to stand up a system that would distribute monthly tax payments to families with young children.

President Biden and top Democrats proposed boosting the IRS budget, arguing that the agency had been severely underfunded and understaffed for decades before the added responsibilities. But the effort has so far failed to gain enough support in Congress, while talks continue around a new spending deal to fund the government and prevent a looming shutdown.

Democrats and Republicans alike each express confidence they can strike a bargain that funds federal agencies through the remainder of the 2022 fiscal year, which ends Sept. 30. But GOP lawmakers repeatedly have warned Democrats about including “poison pills,” offering a list of nonstarters in October that included proposed increases in funding at the IRS.

Rather than support new funding, Republicans, this week called on the IRS to “consider exercising its existing authority” to ease the burden on taxpayers. That would include halting automated liens and other collections processes, particularly until the staff can sort through piles of unopened mail, while better prioritizing the kinds of returns in its possession.

“When our constituents cannot get help from those tasked to administer our tax laws, it diminishes the integrity of our voluntary tax system,” the senators wrote in their letter.

IRS spokeswoman Jodie Reynolds referred questions on the lingering inventory to a letter Rettig sent this week to all 535 members of Congress. Rettig, an appointee of former President Donald Trump, acknowledged an “unprecedented amount of unprocessed tax returns and correspondence remaining in the IRS inventory during 2021.”

But he said the problem has been compounded by a lack of funding to hire new staff and modernize its aging computer software systems, some of which date to the 1960s.

Rettig said he is considering penalty relief for taxpayers. “We will rapidly adapt to changing circumstances, when appropriate to do so,” he said.“We are doing everything we can with all of the resources available to us.”

The agency has already suspended mailing some automated collection notices that are triggered when records show a taxpayer owes taxes and has not filed a tax return. Many of these letters have been sent after returns have been filed but have not been processed.

In January, in a meeting with members of the House Ways and Means Committee, Rettig said the agency was working to get the backlog of unprocessed tax returns back to normal levels by the end of the year, according to a Treasury official who spoke on the condition of anonymity to describe private conversations.

The commissioner announced last week that he was temporarily reassigning 1,200 employees as part of a “surge team” to help. But Collins told the oversight panel of the House Ways and Means Committee this week that the staffing problems are far broader, compounded by recruiting challenges and low pay.

The agency sought to fill 5,000 positions for several campuses across the country in time for this tax season but was able to hire fewer than 200, she said. The situation is so dire that for the first time, officials are offering $500 referral bonuses to employees ifa new hire stays in the job for a year.

The agency has one of the government’s oldest workforces. Its submission processing unit — responsible for opening the mail — lost 20 percent of its staff last year to retirements, departures, and transfers to other IRS departments, officials said. The Treasury Inspector General for Tax Administration reported this past week that as of August 2021, the IRS faced a total staff shortfall in the submission processing unit of about 2,598 employees. The surge Rettig announced is not going to submission processing, however, but to a department known as accounts management, which is responsible for answering taxpayers’ phone calls and responding to general correspondence.

The watchdog said that although the IRS has several initiatives underway to help address its hiring shortages, “to date these approaches have not been successful.” It urged the agency to delay a planned closure of its processing center in Austin — part of a long-term consolidation as more business is done electronically — “until hiring and backlog shortages are addressed.”

“Just like many industries across the country, jobs are available, but people are not applying,” Reynolds, the IRS spokeswoman, said in an email. “In [our case,] applicants may not like the shifts or pay — many of these are lower graded positions that were below the $15.00 minimum hourly rate.”

The backlog and looming troubles with this filing season led tax preparer groups to form a coalition in recent weeks to pressure the agency for relief.

“The service says, ‘Stay patient,’ ” said Nina Tross, executive director of the National Society of Tax Professionals, which has joined with 10 groups to form the Tax Professionals United for Taxpayer Relief Coalition, representing as many as 100,000 preparers. “But there is nobody to help the taxpayer. What is it going to take to get this outstanding inventory through the system?”

Tross said that while some automated notices have stopped, many of her clients are still inundated with penalties saying they failed to file or failed to pay, when in fact they have or have sent letters back contesting the charges. Preparers seeking to file a power of attorney forms for clients also have gotten nowhere, she said.

“They’re sitting on somebody’s desk who cannot come into the office,” she said. “We’re hitting all of these roadblocks, and it’s just not good enough.”