Home » Blog » Inflation Eased in July, According to the Fed’s Preferred Measure

Inflation Eased in July, According to the Fed’s Preferred Measure 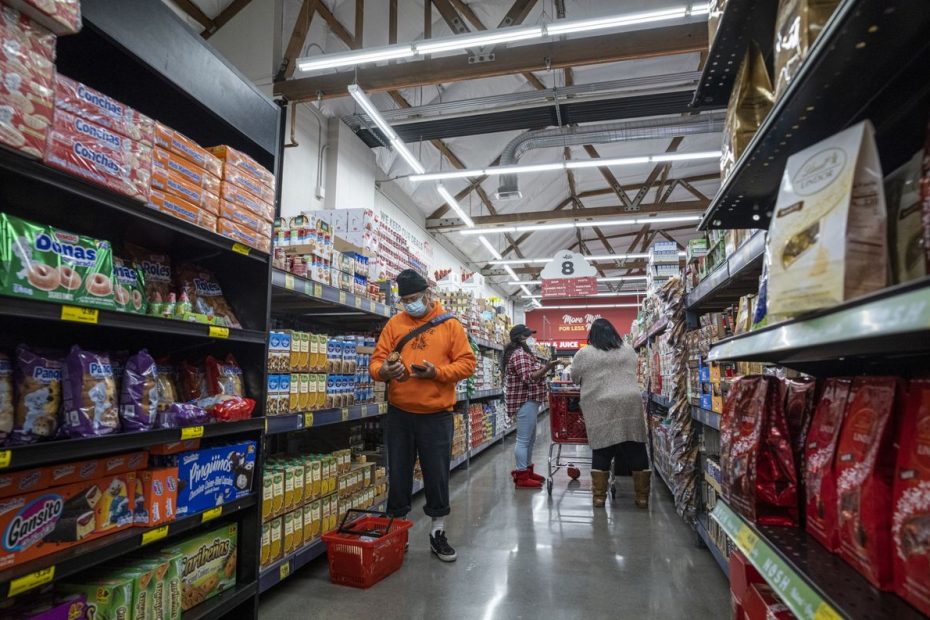 The pace of consumer price gains slowed, though it stayed near a four-decade high

Inflation decelerated in July, measured by the Federal Reserve’s preferred gauge, though it remained close to its fastest pace since 1982.

Consumer prices rose 6.3% in July from a year earlier, down from 6.8% in June, as measured by the Commerce Department’s personal consumption expenditures price index, which it reported Friday. The gain in June marked the sharpest 12-month rise since January 1982.

The so-called core PCE index—which excludes volatile food and energy prices—increased 4.6% in July from a year ago, down from 4.8% in the year through June. On a monthly basis, core prices rose a seasonally adjusted 0.1%, slowing markedly from June’s 0.6% pace.

Elevated inflation is the result of rapid growth as the U.S. bounced back from the Covid-19 pandemic, fueled in part by increased demand from lower interest rates and government stimulus that collided with constrained supply chains. The Fed faces the tough challenge of tightening monetary policy to cool the hot labor market and slow demand enough to curb inflation without driving up mass layoffs.

“We’re heading in the right direction—inflation is coming down. But we’re a long way off target and we think it’s going to be a while—multiple years—before we’re back to target,” said Andrew Schneider, the U.S. economist at BNP Paribas, referring to the Fed’s 2% inflation goal, measured by the PCE price index.

“What that’s telling us—and this is something the Fed is increasingly saying—is that the Fed is going to have a pretty high bar to start cutting rates, particularly next year,” he said.

Fed officials on July 27 lifted the benchmark federal-funds rate by 0.75 points, the fourth consecutive rise since March. The move brought the rate to a range between 2.25% and 2.5%. Fed officials are likely to raise rates by half a percentage point or 0.75 points at their next meeting in September.

Federal Reserve Chairman Jerome Powell was scheduled to start speaking on the economic outlook Friday at 10 a.m. ET at the Kansas City Fed’s annual economic symposium in Jackson Hole, Wyo., potentially shedding light on the pace and destination of the Fed’s current effort to combat inflation.

The Labor Department’s measure of consumer prices rose 8.5% in July from the same month a year earlier, down from 9.1% in June. The consumer-price index usually runs somewhat higher than the PCE index due to differences in how they are constructed.

The Fed has traditionally tended to focus on the PCE price index because it gives a more complete picture of consumer prices, while the public and many investors tend to be more tuned into the CPI figure. Economists and policymakers are watching both measures for signs that inflation is on a path to hit the Fed’s 2% target within a couple of years. An elevated rate of price gains adds pressure on the Fed to increase rates aggressively.

Both the PCE price index and CPI signaled a downshift in inflation in July, one that appears to have continued through August—suggesting that June’s high inflation readings may be the peak. Gasoline prices, which consumers tend to pay close attention to, are averaging $3.87 a gallon nationwide, down nearly 23% from their mid-June high point of $5.02 a gallon, according to OPIS, an energy-data and analytics provider owned by Dow Jones & Co., publisher of The Wall Street Journal.

The producer-price index, which generally reflects supply conditions in the economy, rose 9.8% annually in July, the smallest annual increase since October 2021.

Signs of wobbling growth and the likelihood of more interest rate increases this year are stoking fears of recession. Gross domestic product, a broad measure of spending on goods and services across the U.S. economy, declined at an annual rate of 0.6% in the second quarter, adjusted for inflation and seasonality, compared with an initial estimate of a 0.9% decline, the Commerce Department said on Thursday. The housing market slumped from April to June, with residential investment declining at a 16.2% pace.

However, underlying inflationary pressures remain strong in part because the labor market is unusually tight. U.S. employers added 528,000 jobs in July. While jobless claims have ticked up in recent months from extreme lows, laid-off workers are quickly finding new jobs and the unemployment rate dipped to 3.5% in July, matching a 50-year low. Markets have surged as investors price in a soft landing for the U.S. economy and the end of peak inflation. But that all could be threatened if the dollar continues to weaken. WSJ’s Dion Rabouin explains. Illustration: David Fang

Higher labor costs from worker shortages keep pressure on many employers to increase prices. Meanwhile, strong gains in hiring and rising wage growth are pumping more money into the economy and propping up overall demand even as inflation erodes spending power. Consumer spending, which accounts for roughly two-thirds of total economic output, picked up slightly in July, the Commerce Department reported Friday.

The PCE price index has risen at a slower pace than the CPI due to differences in scope and measurement. For instance, the PCE index uses a formula that adjusts each month for changes in consumer behavior, such as when shoppers buy more of one thing and less of another when their relative prices change. By reflecting changes in the mix of goods and services that consumers buy—what economists call the “substitution effect”—the PCE price index captures shifts toward cheaper alternatives that, in aggregate, can bring the overall index down.

The two measures also have different weightings. The CPI captures out-of-pocket expenditures by urban consumers. The PCE price index is broader, including spending on behalf of consumers—for example, Medicare, Medicaid, and employer-sponsored healthcare plans. As a result, the PCE price index has a heavier weight on healthcare prices. Meanwhile, housing costs—which have accelerated sharply in the past year—account for a much bigger share of the CPI than the PCE price index.

The gap between the two inflation measures is near the widest since 1981. That wedge could make communications more challenging for the Fed in coming months, particularly if PCE price index inflation comes down faster than the CPI, said Mr. Schneider.