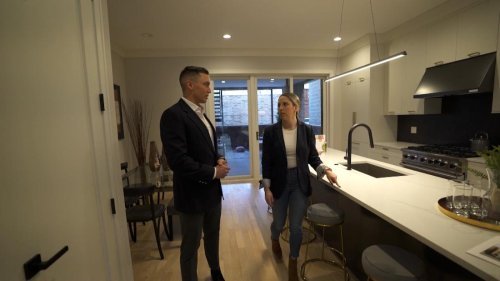 A big year for car and home shopping helped push Americans to take on a lot more debt last year. Household debt increased by $1 trillion in 2021, the biggest annual increase since 2007, according to data from the Federal Reserve Bank of New York. In the fourth quarter alone, household debt grew by $333 billion to $15.58 trillion, the largest quarterly rate of increase since 2007 as well.

Mortgage debt and auto loans were the big drivers of the increase, according to the report, which is based on data from the New York Fed’s nationally representative Consumer Credit Panel.

Home loan originations, which were at record high levels last year, pushed mortgage debt up by $258 billion in the fourth quarter to $10.93 trillion at the end of December, according to the report.

These new loans were locked in at attractive interest rates as homebuyers raced to get ahead of an expected rate increase this year. This may have the unintended effect of preventing homeowners from selling their homes so that they can keep their low rates, according to Fed researchers. While the credit scores of those who took out new mortgages have declined a bit from the beginning of the pandemic, scores are still high, with 67% of fourth-quarter mortgages issued to borrowers with credit scores over 760. As mortgage forbearance protections wind down, delinquencies have not increased, the report found. Even though the moratorium on foreclosures was lifted over the summer, additional federal and state policies, along with strong home price growth, have prevented many foreclosure starts, the Fed researchers said.

Auto loan balances increased by $15 billion in the fourth quarter, and by $84 billion during the year. There was $734 billion in newly opened auto loans in 2021, the largest volume in the Fed’s data, for a total of $1.46 trillion in auto loan debt. These sharp increases are partly due to the unprecedented spike in prices of cars throughout 2021. The report found rising prices impacted all types of auto loan borrowers. The only slight difference was that sub-prime borrowers financed 16% fewer vehicles in 2021 compared with 2019.

For those who bought cars in 2021 at higher prices and require more financing, the loans will translate into higher payments. The average loan balances grew by approximately 20% and the median monthly payment on newly opened loans in 2021 rose to $418, which was 8% higher than 2020. Credit card balances increased by $52 billion in the fourth quarter, which was the largest quarterly increase observed in the 22-year history of the data. However, credit card balances remain $71 billion lower than at the end of 2019. Even though the increase in credit card debt was larger than expected, a year-end increase is typical, due to the winter holidays. At the end of 2021 there were still some pandemic-related concerns about the availability of goods for the holidays that may have caused some shifts in spending, the Fed researchers said. Additionally, overall price increases may have pushed up spending for people regularly buying the same bundle of goods, they said.

Several factors contributed to this, including lower student enrollment and changes in policies around loan forgiveness. There is also an indication, according to Fed researchers, that although loan payments were in forbearance during the pandemic, many people paid them down anyway. While forbearance may have stopped balances from dropping, interest stopped accruing too, so there was a canceling out effect, the researchers said. Overall, the household consumer picture looks good, the report found. But the researchers advised that as pandemic protection programs — like loan and mortgage forbearance — wind down and prices climb and interest rates continue to rise, a new debt burden and cash flow picture may emerge for households that could cause stress.