Here’s what to know about managing your debt in retirement 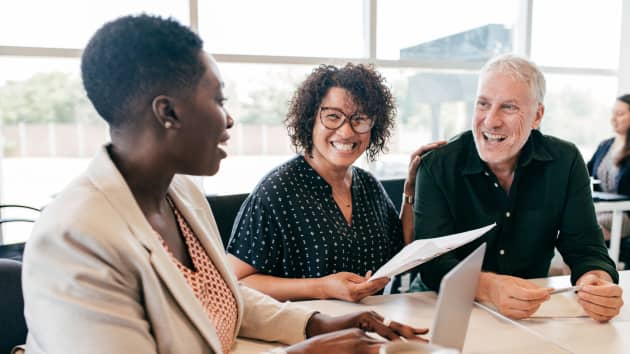 Most Americans carry some debt, be it from student loans, a mortgage, a credit card, or a car loan.

But what happens to debt management when you’re in or near retirement?

While many Americans were able to pay off some of their debt in the early days of the pandemic when restrictions on activity and aid such as stimulus checks boosted household budgets, they’re now seeing many kinds of debt increase again.

Total household debt swelled by $333 billion in the fourth quarter of 2021 to $15.58 trillion, the largest quarterly increase since 2007, according to a report by the Federal Reserve Bank of New York. Credit card debt grew by a record $52 billion in the same period, the Fed reported.

Debt has also steadily increased in households where the head of the family is 55 or older, growing to 68.4% in 2019 from 53.8% in 1992, according to a study from the Employee Benefit Research Institute.

Some people may not be able to avoid carrying debt into retirement. However, not all debt is the same.

For example, a fixed-rate mortgage will be less of an issue in retirement than a credit card, student loan, or medical debt.

“A mortgage is generally going to be a really stable payment over time,” said Shelly-Ann Eweka, senior director of financial planning strategy at TIAA, adding that it’s also something people generally would have budgeted for.

There are reasons more Americans now retire with mortgages – people are buying houses later, and because interest rates are so low, it can make sense to pay it off slowly over time.

Having a lot of high-interest credit card debt, however, could continue to grow while you’re in retirement and add additional expenses to your budget.

More Americans are also entering retirement with student loan debt, either from their own education or from loans they took out to help children or grandchildren go to school. Those with their own debt may want to consider different forgiveness programs that would cancel their loans after a certain time, such as 25 years of on-time payments.

Retirees should also avoid taking on more education debt or taking money from investments to help family members with the cost of schooling.

“You can take out loans for school, but you can’t take out a loan for retirement,” Lawande said.

Before reaching retirement, Americans should take a hard look at their finances and debt to make sure they are on track to leave the workforce. This should happen at least by age 55, according to Craig Copeland, EBRI’s director of wealth benefits research.

“If you have a substantial credit card balance, that would be the one to attack first and then just pay your monthly mortgage as you go along,” he said.

It’s important to do this a few years before you plan to retire so you can adjust your timeline accordingly. For example, it may make sense to work an extra year or two to pay off a large credit card balance. Delaying taking your Social Security benefit will also set you up for a larger check in the future.

“It’s ideal to have those debts paid off before retirement,” Eweka said. It’s also better than using money from a retirement account to pay off your debt, she said. That could lead to penalties, depending on your age, set you up for a hefty tax bill, and take more money out of the market than necessary, which could impact future income in retirement.

Getting your financials in order before you stop working will also help you develop solid habits that will serve you well in retirement.

“I can’t emphasize this enough – managing expenses is truly the foundation of financial success,” said Eweka. “Living within your budget is critical.”

If you’re worried that you aren’t on track for retirement, or struggling to manage debt, working with a financial professional can help you come up with a plan for your future.

An advisor can also help you understand your current financial standing and use a lot of creative projecting and planning tools to help you chart a path for your future, Lawande said.

“The bottom line is it’s really hard to plan for retirement and to make sure you’re okay if you don’t understand where you are right now,” Lassus said.

It’s also important that while you’re paying off debt, you continue to allocate some money to emergency savings and retirement savings, especially if you get an employer match. This is because retirement savings, invested in the market, will grow over time, and with compound interest, starting early will mean you end up with more later.

Having emergency savings is to keep you from taking on more debt if there’s a market downturn, or you have an unexpected expense such as your car breaking down.

“Make sure you have a cash cushion that can get you from crisis to crisis,” Lawande said.