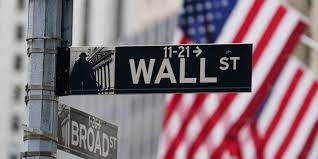 The Federal Reserve on Friday confirmed what many investors were saying for some time: the $24 trillion Treasury market has been experiencing low levels of market liquidity in recent months.

The central bank has been rapidly increasing interest rates since March as part of a fight to bring inflation down from a 40-year high. The hope has been that such steps can cool consumer demand enough to tame prices, without throwing the economy into a painful recession, or sparking a financial crisis.

“Liquidity metrics, such as market depth, suggest that Treasury market liquidity has remained below historical norms,” the Fed said Friday, in its latest financial stability report. “Low liquidity amplifies the volatility of asset prices and may ultimately impair market functioning.”

Liquidity woes “could also increase funding risks to financial intermediaries that rely on marketable securities as collateral,” the report said while pointing to potential ripple effects that could amply financial stability risks.

Importantly, the report also said that market participants thus far “have continued to meet their margin calls to date.”

Here’s a chart from the report ranking liquidity risks against other potential destabilizing factors that may weigh on the financial system, including persistently high inflation, Russia’s war in Ukraine, higher energy prices, and the China-Taiwan conflict.

The U.S. Treasury Department in October said it was talking with primary dealers and considering buying back some of its older debt to help stave off market dysfunction in the Treasury market.