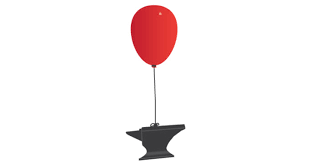 Three out of four public company audit partners believe that
inflationary concerns could persist well into 2023 and possibly
beyond, according to a new survey by the Center for Audit Quality
(CAQ).

The CAQ’s inaugural Audit Partner Pulse Survey found that 75% of the
700 auditors surveyed anticipate that the current inflation cycle will
impact their primary industry sector for more than 12 months.
Seventy-seven percent believe that because of inflation, their primary
sector will raise prices beyond historical trends, including 95% of
those focused on consumer products and retail.

The audit partners also offered insights on the top areas of risk that
companies face in the current economic environment and the actions
that companies are most commonly taking to mitigate those risks.

The CAQ is affiliated with the AICPA.

Forty percent of the audit partners said they were pessimistic — and
another 4% were very pessimistic —about the U.S. economy in general
over the next 12 months. Another 40% were neutral, while just 16% were
optimistic. The highest level of pessimism was among auditors listing
financial services as their primary sector (53%).

The audit partners participated in the survey in May. Asked to compare
the future of financial prospects in their primary industry sector to
the prior three months, 27% were pessimistic but 24% were optimistic.
Forty-six percent were neutral. The highest level of optimism came
from auditors that listed oil, gas, and chemicals as their primary
sectors (58%).

The audit partners were asked to select up to three economic risks
facing companies over the next 12 months. The respondents most often
selected inflation (62%), followed by labor shortages (52%) and supply
shortages and supply chain disruptions (50%).

The top four company priorities for 2022 in the auditors’ primary
sector were talent/labor (53%) and other areas closely tied to
finances (growth, cost management, and financial performance).

The survey asked the audit partners to what extent companies in their
primary industry sector were considering nine ESG-related issues when
developing their corporate strategies.

The auditors cited resource scarcity as the most common issue, with
88% saying companies were addressing it “a great deal” or “somewhat.”
Sixty-six percent said the same about emerging technologies, followed
by climate change (63%):

Resource scarcity: The top company actions cited by audit partners
related to human capital were increasing flexibility in workplace
location (75%) and increasing compensation (73%).
Emerging technologies: Cybersecurity was the fourth-most cited
economic risk facing companies over the next 12 months. Ninety-one
percent of respondents said companies are at least moderately prepared
for a cyberattack, but less than 50% thought significant progress had
been made in addressing five of six specific areas mentioned in the
survey.
Climate change: While 63% of audit partners said companies are
incorporating climate change into their corporate strategies, just 4%
listed climate change as a top-three economic risk over the next 12
months — last among the eight choices presented.