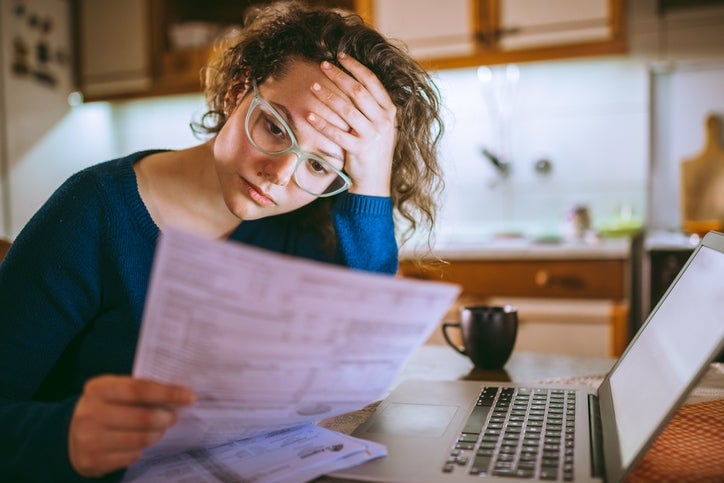 As of September, 63% of Americans were living paycheck to paycheck, according to a recent LendingClub report — near the 64% historic high hit in March. A year ago, the number of adults who felt strained was closer to 57%.

“Consumers are not able to keep up with the pace that inflation is increasing,” said Anuj Nayar, LendingClub’s financial health officer.

“Being employed is no longer enough for the everyday American,” Nayar said. “Wage growth has been inadequate, leaving more consumers than ever with little to nothing left over after managing monthly expenses.”

The consumer price index, which measures the average change in prices for consumer goods and services, was up 8.2% year over year in the latest reading, still hovering near the highest levels since the early 1980s.

Real average hourly earnings fell 0.1% for the month and are down 3% from a year ago, according to the Bureau of Labor Statistics.

A separate report by Salary Finance found that two-thirds of working adults said they are worse off financially than they were a year ago.

Even high-income earners are stretched too thin, LendingClub said. Of those earning more than six figures, 49% reported living paycheck to paycheck, a jump from the previous year’s 38%.

As a result, many Americans have dipped into their cash reserves or gone into debt.

At this rate, financial distress could reach an all-time high by the end of 2022, according to Nayar.

“With inflationary pressures not expected to subside anytime soon, living paycheck to paycheck has become the norm,” he said.

For its part, the Federal Reserve hiked its target federal funds rate by 0.75 percentage points for the third time in a row to calm runaway inflation.

The central bank has indicated even more increases are coming until inflation shows clear signs of a pullback.