5 Ways to Fight Inflation’s Impact on Your Retirement Plan 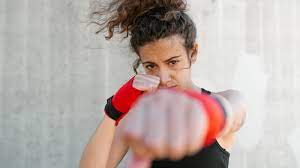 As high inflation persists, so does worry among retirees and workers who are within a few years of retirement. One survey found that inflation is America’s biggest issue, and worry about it is acute among those 50 and older. Another survey found four out of five Americans in that age bracket express unease about inflation in retirement, with 84% of pre-retirees having that sentiment compared to 76% of retirees.

It’s no wonder. The summer of 2022 was white-hot with inflation, which was up 8.3% year-over-year in August, which prompted another significant interest rate hike by the Federal Reserve. Inflation reduces purchasing power and can be especially problematic for retirees who live on fixed incomes and savings. For those in the later stages of their working careers, inflation can cut into the amount they have saved for retirement. Meanwhile, a volatile stock market exacerbates concerns for both pre-retirees and retirees, causing them to reconsider certain investments and wonder if they will outlive their nest eggs.

What can retirees and pre-retirees do to mitigate their retirement worries and protect against inflation? Here are some tips:

1. Do an In-Depth Budget Analysis

Break down your monthly budget and take a close look at everything you spend. The further you go back, the better; it’s the most accurate way to find spending patterns (including where you’re overspending) and see how inflation impacts you. Ideally, go back three to six months through your bank and credit card statements and itemize a list of the money you’ve spent.

Once you’ve done that, refine your budget and stick to it. First, evaluate your fixed and variable expenses. Fixed costs are expenses that are the same, or relatively consistent, from month to month – rent or mortgage, phone, utilities, cable, and insurance payments. Variable costs fluctuate more. They include eating out, groceries, entertainment, clothing, etc.

Add up the fixed and variable expenses in a given month and subtract them from your monthly income. A negative number means you’re running a deficit; a positive number means a surplus. When you’re in the red, see what you can cut or reduce from your variable expenses. If you have a surplus, consider funneling part or all of it toward paying off debt or adding to an emergency savings fund.

An inflation-protected annuity (IPA) tends to provide a lower payout than other annuities, but it can be helpful for retirees living on a fixed income. IPAs offer guaranteed-fixed payments for a specified period or for life. The IPA’s payments are usually indexed to inflation based on an annual cost-of-living adjustment.

Considering that Social Security increases have tended to be less than general inflation, IPAs can help fill that gap.

High inflation and rising interest rates have hurt the stock market, but what you don’t want to do is take distributions from stock holdings during a down market. Doing so early in retirement can cause a significant hit. You will have to sell more shares to generate the income you need than you would if stock prices were higher. And after selling, you would miss out on the rebound; you’d have fewer shares left that could benefit from the next favorable market.

Having cash on hand will help you stay invested. Draw on cash rather than selling off stocks or making extra withdrawals from retirement accounts. Focus on a balanced portfolio and consider dividend-paying stocks, growth stocks, and real estate – all of which are designed over a long period of time to give retirees diversification and protection against inflation risk.

If you’re nearing retirement age and worried about how inflation could impact your golden years, it might be worth considering delaying the start of your Social Security payments. You can start receiving the payments at any time between the ages of 62 and 70, but the pay increases for each month you delay up until age 70. The good news is that cost-of-living adjustments(opens in new tab) help boost the average Social Security check over time. The increase for 2023 is 8.7%(opens in new tab), the largest rise since 1981. If you do delay the start of Social Security payments, you’ll need to rely on your savings or continue working to generate income until you start receiving your benefit check.

Higher living costs hit retirees on a fixed income particularly hard. Downsizing to a smaller home is one way to reduce expenses. If you’ve paid off your mortgage or are close to paying it off, you have equity in the property, and in areas where housing prices are higher than they were last year, you could sell your home and move to a less expensive location.

Inflation is impacting all income levels, so downsizing is a viable option for those in mid or late careers as well. The decision comes down to whether keeping a larger home is hurting your finances because the home-associated bills push what you can afford.

We don’t know when inflation will be brought under control, but it’s always an important factor to consider in retirement planning – and something to adjust to when you’re in retirement. Be proactive as much as possible, because there are numerous actions you can take to mitigate the effects and not let it upend your retirement plans.